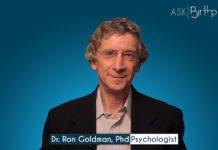 ASK: Can circumcision effect my son after he is grown up?

Nothing is so firmly believed as what we least know. Most parents are unaware of basic information about circumcision. There are cultural myths about the practice there’s misinformation that gets published by American media and there’s cultural suppression of basic facts. Consequently, over 50% of male infants in this country at a circumcised, and that reduces to less than 20% in some States. Circumcision is solicited in American hospitals for parents who have baby boys. There’s a process called informed consent. This means that parents are asked to sign a form stating that they understand among other things, that there are risks and consequences to circumcision, but parents don’t know what they don’t know. And very often doctors don’t know some of this information so they can be no true informed consent for circumcision. As a result, some parents have deep regret if they find out more about circumcision later, or if they see changes in the behavior of their young infant.

I have a few quotes from mothers who regret consenting to circumcision. One mother. I am so sorry. I was so ignorant about circumcision. Another mother, if I had ever known, I wouldn’t have done this in a million years, another mother, I didn’t know how horrific it was going to be. Another mother I’ve cried many times after my son’s circumcision and another mother, the screams of my baby remain embedded in my bones and hot in my mind, circumcision removes a natural, healthy functioning body part. It is irrevocable. So if you’re concerned about your child’s welfare and who wouldn’t be, and also your peace of mind, it’s important that you be informed about this before making your decision about whether or not to circumcise your son.