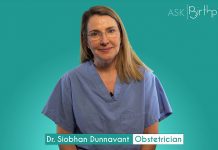 ASK: How can I get better sleep while in my third trimester of my pregnancy? 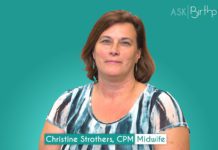 ASK: What are the physical changes that happen in my body during the third trimester?

ASK: What noises are too loud for my baby while in the womb? 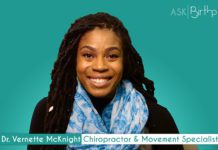 ASK: How much weight can I lift during my third trimester of pregnancy?

What is the Mucous Plug?

“So if you think you lost your mucous plug, don’t freak out. The mucous plug is just a protection for the baby. The mucous plug is kind of what it sounds like. It’s a big plug of mucous. It can have some blood in it, or it could not. The mucous plug could be as big as the palm of your hand or as little as just noticing a little bit of extra mucous when you wipe after using the bathroom.”

“Either one is normal, but most women don’t even notice that they lose it. It just comes out a little bit at a time when they go to the bathroom and they don’t notice it. Everybody is really worried about the mucous plug and almost nobody actually loses a whole mucous plug. So what is a mucous plug? The mucous plug protects the baby from any bacteria entering into the uterus.”

“So it’s a plug literally of mucous that sits inside of your cervix as your cervix starts to open and thin out as labor gets closer then the mucous plug could come out. You might notice a big glob of mucous is really what it is. If it comes out, labor could be close or might not. If it’s not, then your body will build another one to protect your baby.”