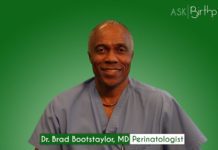 ASK: My doctor or midwife wants me to be induced, I’m not sure I agree, what can I do?

ASK: What are some medical reasons for induction?

ASK: Should I schedule my induction for social reasons?

ASK: Do I need an induction if I have low amniotic fluid? 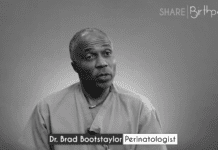 SHARE: Being 43 weeks pregnant is still a woman’s choice

Aspects of an induction that need to be appreciated, one is are they appropriate indications for it and then if they are, there’s a tendency for the mother to surrender to that and with that, the ability to release, to go through the Labor process from my perspective and experience appears to be more evident. Having said that, when you’re doing an induction, it’s usually taking as a person or a mother who is not even near Labor or not even ready to release the baby to now become that, so the forceful nature of it tends to lead to having to introduce a series of processes as a, for instance, the cervix, which typically signifies when Labor is near during an induction, it tends to be far from that. It tends to suggest that the body’s not ready to go through the labor process, so there are things that are necessary to make the cervix amenable to the induction is called cervical ripening. Then there’s also getting the uterus to contract to take advantage of the cervix to ensure that the cervix dilates, but that takes giving certain medications for that and then typically during that process there is discomfort that is realized in a certain way because it’s usually minimal movement. So the ability to cope with discomfort now that now that has to be addressed. Sometimes when you give a mother’s pain medications, you can see the baby responds to that in a certain way where by looking at their heart rate tracing, it seems to be less what we call reactive. But then sometimes you need stronger pain relief such as epidurals and then that may cause low blood pressure. So as you can see as you’re going down this road and which you are forcing the body to become more amenable to birth, you have to do a series of things typically once in while you hear a sweet induction story where the person just about induction and they were in labor and had the baby in six hours, unusual for that to be the case. They usually have several days. The other side of the coin, natural birth or what we call them, our practice, normal birth is more of a spontaneous process. The body has signaled that its cervix is going to ripen itself with some effort of the uterus is going to begin contracting to help the dilation of the cervix so that while you’re awaiting their sequences more, I guess methodical and deliberate, but it doesn’t have a certain stepwise progression necessarily. So there’s an undulating course of things that go on with that, but not bringing things into that equation to force those processes. So a natural, normal, spontaneous process is always, at least from our perspective with what we do, a much better way to labor and birth.