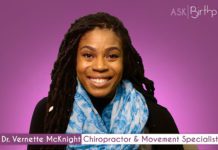 ASK: How do I create a safe space in my body in order to get pregnant? 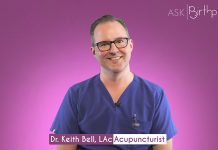 ASK: What are 5 lifestyle choices that can help me with my fertility?

ASK: What are some lifestyle choices that could effect my ability to get pregnant?

ASK: How does acupuncture work? Is it safe for fertility, pregnancy & birth?

ASK: Is there a specific diet of food to help me get pregnant?

What is an embryo?

“An embryo is created from sperm combined with egg. The DNA of mom and dad have to come together to create a human being, and that is what you started off as. The first day is called fertilization. The next day you actually create, divide into two STEM cells. The second day you have four STEM cells. By day three, you have eight STEM cells. About five days after conception, you become a blastocyst. It’s about 120 STEM cells, and by then you’ve actually created into two little groups.

One group is going to be your placenta and the other group is going to be the baby. From there, you go from a becoming an embryo to later developing into a fetus in the first trimester. Remember, all of this embryo phase is actually occurring before your positive pregnancy test. By the time you actually end up at your OB-GYN, you have a fetus within you, and then, fortunately, hopefully, nine months later you’ll have a healthy little baby girl or boy.”