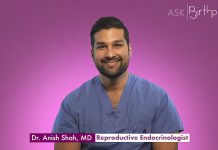 ASK: How do I get pregnant?

ASK: What is the physiological process of actually being fertile? How do I know my egg is ready?

ASK: When do I know I am ovulating?

Physiological Process to Getting Pregnant

“And the sperm meanwhile has to come from the male. Sperm comes via intercourse in hopefully around that time you’ve had intercourse and sperm, can last up to five days in the reproductive tract. And sperm is just waiting around. The average male will make about 15 million or more sperm and it’s like crossing the Serengeti. Most sperm don’t make it to the egg and then the sperm must fertilize this egg and this is the most complicated thing that we don’t understand very well. But think of the egg is a big building and the sperm is like the little cars around this office building that’s like maybe eight stories high. What the egg is actually got the majority of the machinery of life. Sperm is just a little teeny little guy who’s trying to get in through that shell and penetrating through the shell of the egg is called fertilization.

And that is a really complex step and there’s thousands of sperm on the outside of this egg and only one can get in. And which one they choose is not very understood. But only one sperm is allowed to enter into the egg and it activates the egg. Your DNA from the egg combines with your husband’s sperms DNA. So 23 chromosomes come from you and 23 chromosomes come from your husband or your partner, and that creates a human being or an embryo that’s 46 XY which is male and 46 XX. And then that embryo starts to develop. If you ovulate well that cystic sac was talking about that Corpus luteum will last for 14 days and if you’re pregnant then it starts making pregnancy hormone and it supports that little cystic sac called the Corpus luteum to continue to make that nourishing progesterone. And so in a nutshell, that is exactly how this works.”