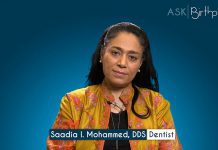 ASK: How does tongue and lip ties affect breastfeeding? 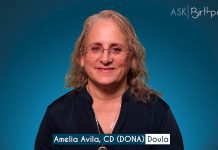 ASK: What can I do if I have an oversupply of milk (or engorgement)?

ASK: My baby is getting frustrated with baby-led breastfeeding. What can I do?

ASK: Can pumping increase or decrease my milk supply?

ASK: How can I obtain a hospital grade breast pump?

Today, I’m gonna talk to you about a couple of things that getting moms to find helpful, to find success with breastfeeding. There are a couple of small tips that make a world of difference. I want to talk about a few basic breastfeeding techniques today and today my helper is going to be Jimbo, but one of the things that I often see first thing with moms when they’re breastfeeding is that basic positioning is really important now years ago. Cause she used to be very strict. You have cross cradle cradle football time and they tell you exactly how to do it exactly this way. Otherwise, you’re going to mess up your breastfeeding relationship. We found that really doesn’t matter that much, but there are some basic things that you should know when you’re starting to breastfeed. That makes it very easy, a lot easier to breastfeed in the beginning.

One of the first things is making sure that the baby is facing you. I’ve seen moms walked into, rooms, moms, and they’re facing the ceiling. That means the baby has to turn their neck towards the mom and that’s very uncomfortable. So having baby facing mom and making sure your chest to chest the hands can kind of be all the way. That’s a big problem. In the beginning, leaning back a little bit, allows the baby to feel a little more secure, and usually keeps his hands from going all over the place. We often will do in the early days is laid back breastfeeding. My breastfeed is a very simple technique. When you simply put a pillow or a roll up blanket or something behind you, make sure you’re going to be relaxed. Then you position baby about nipple to nose and just have baby on your chest.

You can have some babies that are comfortable this way. Some babies are comfortable this way. This is the most common way that it will work. So I often have have moms try this. You can be as reclined as, as comfortable or as fast and forward as comfortable. If you’re struggling in the very beginning, it’s a little bit difficult for you. One of the positions we do, is combining cross cradle and laid back. It’s very simple to do it. Make sure you have your back set ups, that you’re going to be comfortable. Make sure this is all going to be comfortable first. And then you lean forward, straight back and you’ve going to have babies. Natasha knows what that does is make them push their chin back and come at the breast chin first and cause an asymmetrical latch. So in this position, but I do have to do this is cradle, but I have to do cross cradle.

So cross cradle, you’re going to have your fingers. Jamba doesn’t have ears, so it’d be under the ears, but you’re cradling the neck. You keep your hand off the back of the head because that does cause rooting reflex to elicit and causes the baby’s head to go backwards and causes a lot of problems breastfeeding. So you have the baby nipple to nose, chest to chest, and then you just, once you’ve gotten the baby latched on you lean back gently and then usually latch goes really well from there. One thing that helps with different positioning for when you’re latching a baby on, if they’re struggling a little bit in the beginning, you may have heard of see, hold you hold taco hold sandwich, whole. Those are the basic terms that you hear kind of floating around. There’s two different ways, to hold the baby, you hold the breast to kind of help.

This is the you hold and this is the see hold do you, hold is typically used for cross cradle or cradle hold and you’re going to the baby’s mouth. So remember when you’re using this whole to have your fingers as far back as possible on the areola, a lot of moms I will see will pinch the nipple at the end or they’ll have their fingers very close aerial, and they end up bother trying to latch the baby on. They end up getting their fingers in the way, which creates a problem with latch. And then you end up with a shower, latch, pain, listers, all of those things we want to. So with, with the cross cradle, cradle hold, you’re using the, you hold, okay. And that’s putting the baby in, you know, basically the corners you’re going with the corners of the baby’s mouth.

So that’s the direction you’re going in. So if you have your fingers back as far as possible and you pinch it and then it helps you position baby nipple to nose, and then you have the baby open mouth open wide, usually coming chin first and then can latch on from that, from there, if you’re doing the, yeah, and laying down method, sideline method or, doing football, you’re going to be doing the, see hold where that’s gonna be the position, you know, the direction of the baby’s mouth. The same thing, position, nipple to nose, and then have baby come chin first. So there’s some basic ways of making breastfeeding work really well. Nipple to nose is very important because it basically sets the baby up for the position of having an asymmetrical latch. We know from a lot of different studies that asymmetrical latch helps babies get a deeper latch when they’re first breastfeeding.

And the reason why is because they’re coming straight on, is that when you’re eating a sandwich, you’re coming straight on, you can only get so much that sandwich in your mouth, but if you’re coming where you’re putting it in chair, chin first, you can get a little bit more sandwiched your mouth. And that’s where the idea comes from. So, when the baby’s coming chin first, they can get more of the breast tissue, especially on the bottom, into their, into the baby’s mouth when they’re starting to nurse. That’s why it’s really important. It’s very old technique. You don’t hear much about, because of course, if there’s no problems, symmetrical latches, perfectly fine, but asymmetrical latch helps whenever babies are having a little bit of problems or moms need a little bit more instruction. A lot of moms don’t know this.

Size Of Breast Does Not Indicate Milk Production

You look at these two sides breasts, and of course these don’t have any milk in them because they’re crocheted. But the, when you look at breasts, these different sizes, a lot of moms will think that this breast will actually produce more milk than this. That’s not true. The milk production is based on the amount of glandular tissue is laid down in the breast during adolescence and during pregnancy. And how much of a good technique is good. Breastfeeding support has been happening in the first couple of weeks. So this breast actually could be producing twice as much as this breast. This could be mostly fat. So this could be mostly glandular tissue or the opposite could be true. So the size of the breast is not indicate what the production is for and for breastfeeding moms who have different size of breast. We think, you know, I have small breasts, I don’t have enough milk.
I should have plenty of milk and a debate. It really depends on what happened during adolescence. When the glandular tissue is being laid down during pregnancy in the early days of breastfeeding, when you’re a new mom, if you’re concerned about how much breast milk you can be making, it would be a good idea to go see an IB CLC, to get a full history workup done during pregnancy or preconception or after the baby is born to see what’s going on and to see exactly what, there’s any red flags there’s anything that needs needed to be concerned about and what actions you can take to counteract any risk of low milk supply when you have your baby. So hopefully you’ll be perfectly wonderfully successful when the baby arrives. So find a local IB CLC to help maximize your success in breastfeeding your baby.